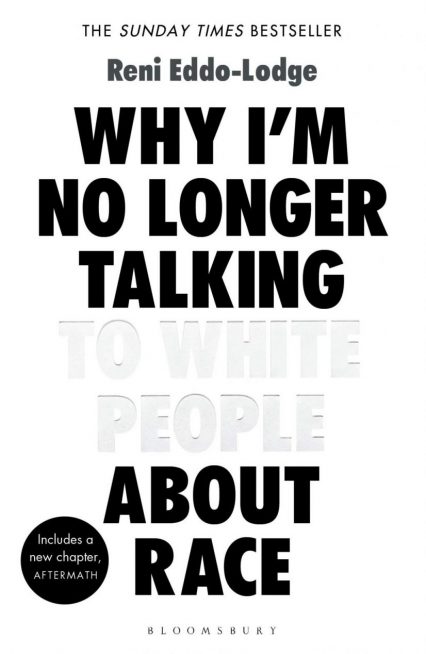 This is very much the book of an activist. She highlights different incidents about working in the UK and the discrimination suffered. The tragic death of Stephen Lawrence and the difficulties surrounding the case and the slow pace of change.

Name blindness along with the removal of gender, marital status and disability will hopefully address the prejudice surrounding names. As the author points out even with everything else being equal someone with a non-sounding British name is less likely to get an interview. The writer suggests where positive discrimination has occurred people from all backgrounds are more widely represented.

White privilege, or white being the norm and black as the other, is probably the most difficult concept to understand. It is based on stereotypical expectations of what we assume about black people and their culture. Physically this can manifest in wariness, strange looks, violence and aggression towards them, marginalisation and exclusion exclusively based on colour.

No book on racism ever appears complete without a reference to Enoch Powel and the BNP. The writer includes an interesting interview with Nick Griffin and you may find some of his arguments plausible, but you have to remember that none of us speak from an unbiased position. I also found the idea of a black James Bond interesting from a literary perspective. Ian Fleming wrote him as an intolerable snob, a know it all and by implication a supporter of imperialism and the cold war. Would a black person really want to play such a flawed character? What we see on screen is a fantasy of upper-class wealth, power, education and action hero. Personally I prefer Black Panther as a representation of heroic nobility, education, tradition and altruism. As the author points out, most characters do not require the actor to be a particular colour – Yoda’s green.

The author questions the idea of feminism and being black, that they are two different issues and solving one will not solve another. The writer talks about white centred feminist values as being the starting point of any discussion, like white power, I guess that is where we all start.

You cannot write any commentary on the British psyche without mentioning class. Like it or not we are a nation that loves the underdog, but as the writer points out, does this only relate to white working class? When we try to introduce policies to encourage Black and Asian working-class people opposition seems to come from everywhere.

This book is an interesting and informative read with many examples of challenging circumstances. Being white, female and disabled I don’t pretend to have the solution. I can only hope I don’t become a stumbling block.