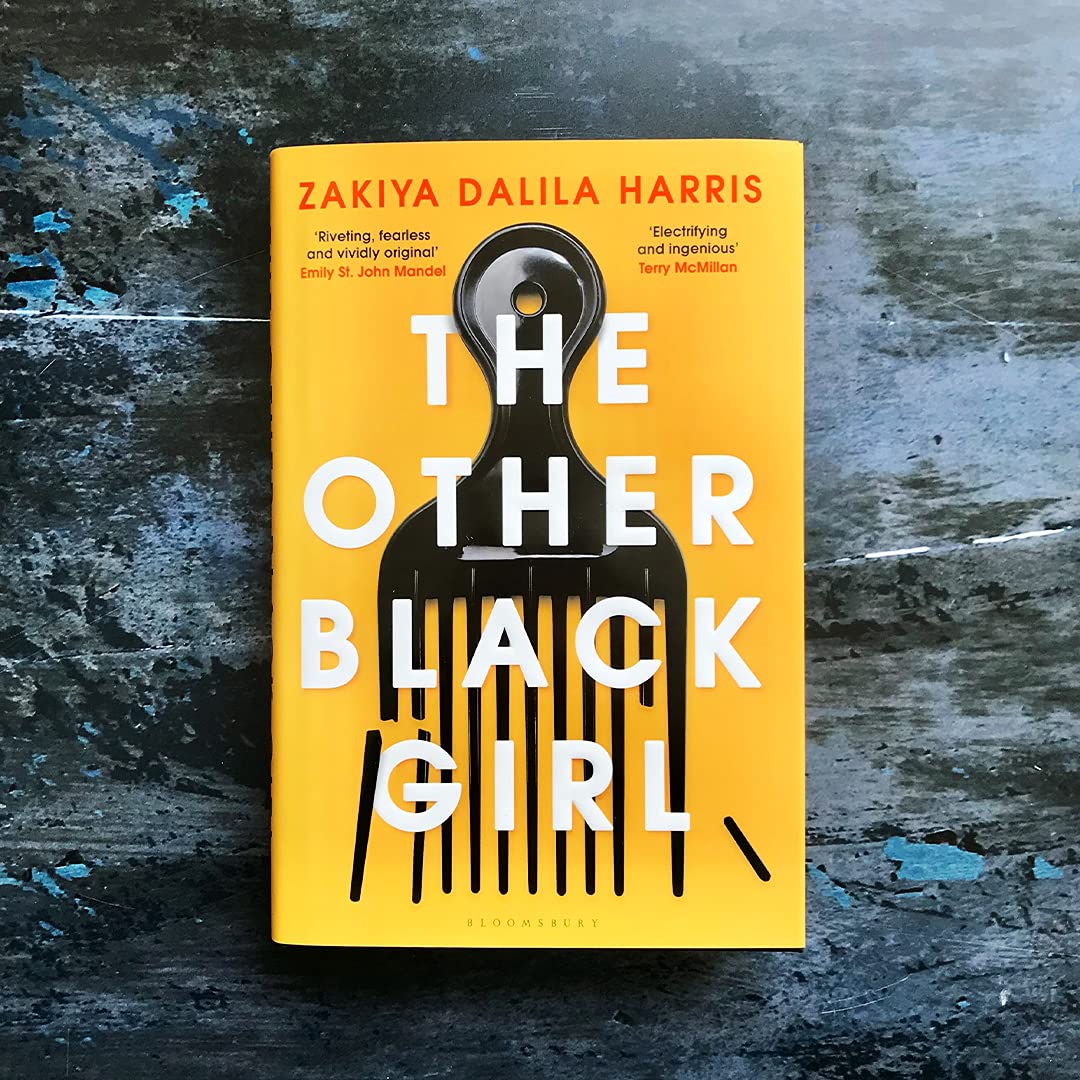 Black Lives Matter meets the Stepford Wives; where to be called racist is not only the ultimate insult, but career ending.

Best-selling author Diana Gordon and her black editor Kendra Rae Phillips are the original black publishing success. The book starts in December 1983 with Kendra suffering the effects of the original hair treatment, which caused burning and itching. The prologue suggests that she has been a little too frank in telling people what she thinks, “If you White, You Ain’t Right with Me,” and those in power have now closed ranks against her. At the beginning of part II, we go back to September 1983 and learn how Kendra had experienced white prejudice more than Diana, who had attended, and taught at, a black college. Diana is more content to work within the system until she gets what she wants.

Nella is a junior assistant in a publishing company. She has been trying, unsuccessfully, to broaden the diversity in her workplace and gain promotion. When Hazel arrives, Nella feels the company is finally moving in the right direction, that she has a kindred spirit, not competition. Unfortunately, Hazel is not what she seems. The initial bonding soon turns sour when Hazel defends a white authors portrayal of a black character, after she has previously agreed to support Nella’s criticism, Nella feels betrayed. She begins to get written notes telling her to leave the publishing company. Suspecting Hazel, Nella attends a party at Hazel’s house to look for evidence, but the truth is far more subtle and sinister.

Shani is a new modern recruit to the resistance. A resistance that is paranoid about being infiltrated by the other black girls who conform to the rules of the white controlled institutions. These other black girls are loyal only to themselves and the white people who employed them. Obsessed with success and competitive enough to discard any black girl who gets in their way. Like Kendra Shani has been there before, having her work undermined and then being sacked for stepping out of line with the comment “Vampiric, self-important white saviours”.

The mysterious Lynn is the driving force behind the black resistance movement. Kendra is a broken shell of the woman she once was, broken by the system. Diana looks back on a career that had been watered down, believing Kendra dead, rather than in hiding from the ruling elite. It is Imani, Diana’s friend, who is behind the new conformity grease and the network of other black girls. This novel not only looks at the problems of promotion within a small organisation, but the idea of institutional racism and the different ways to challenge the system. I don’t accept some critics arguments that there is a lack of characterisation, as I believe the author has brought out the culture and values that are important to her characters. She has also shown how different people react to the situations they find themselves in.

I look forward to the next novel from this very talented author and I’ll put it with my other favourites, Malorie Blackman and Alice Walker.

One thought on “Where racism is the ultimate insult.”