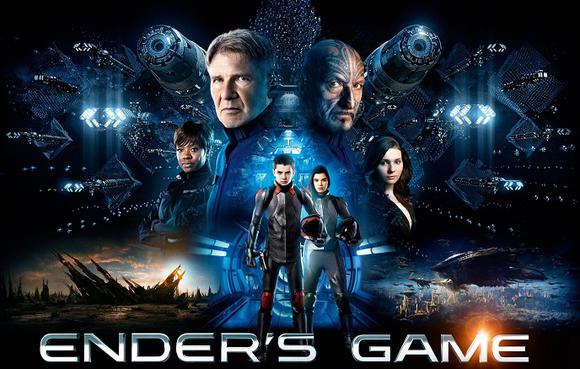 This feels like the Karate Kid in space. The reader watches as Ender learns warfare and strategy in Battle School and then how he applies this in Command School. We also see Enders fears about becoming like his brother Peter and how he perceives this as a failure. It is through the commanders that we see the motives behind the training and how they are ultimately responsible for the outcome.

It would have been nice to learn a little more about how the Commanders got to their respective positions. Also how the previous bugger wars were conducted, as these obviously motivated and coloured the current conflict. The danger is that Enders battle appears an excessive use of force, without a grounding in the past. There is the suggestion at the end that Ender certainly feels this way.

Ender is by far the most developed character, concentrating on his skill as a leader, his intelligence, risk taking and intuition. Demosthenes and Locke are extensions of Valentine and Peter, but are a little obscure. We learn very little about their influence or political views, only that they are influential. Equally we do not learn too much about Valentine and Peter, only that they are Enders older siblings. Ender and Valentine appear to be close, but he wants to distance himself from the cruelty of Peter. Perhaps distance is the key theme in this work, as Ender never gets close to his toon or squadron leaders, letting them bond with each other, but staying aloof.

Visually it is not difficult to imagine the battle rooms, the bugger planet and the games Ender plays on his desk. This is particularly important when you are creating a fictional place with no reference to the readers’ immediate surroundings.

The ending is consistent with Enders compassionate side and establishes the starting point for a sequel, without denying the current book a satisfying conclusion.