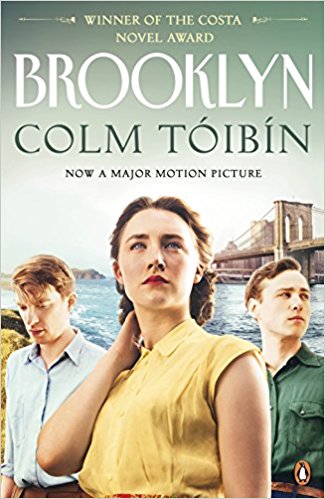 There is a suggestion in this book that everyone who emigrates to America does so for economic reasons and as such they are happy to leave their home. It is interesting that Eilis meets a relative who has gone to Liverpool before she gets the boat to America and he talks of being home sick. This gives a different view. The idea that not everything in America is as rosy as people may assume and leaving your family behind can cause its own trauma.

The boarding house where Eilis lives is occupied by women only who appear to be separated into two groups. One group wants to go drinking at a bar before the dance and the other group are more formal and old fashioned. Eilis is caught between the two erring on the side of caution initially. This reflects the importance of reputation and appearance in fifties culture. There is a great emphasis on the difference in culture between the Irish and the Italians when Eilis arrives in America, yet they share a strong religious commitment in both communities. Italian food is different to the meals Eilis eats in the house where she lives, but not unpleasant. Tony’s family are very close knit and welcoming, whereas most of the Irish have emigrated leaving their families back home.

Eilis’s relationship with Tony is interesting, it appears to be something she drifts into rather than a conscious decision. Unfortunately this appears to be typical of Eilis’s character, submissive, passive and indecisive. For Tony on the other hand it is a permanent relationship leading to marriage. He insists that they get married in secret before she returns to Ireland following the death of her sister. This shows a marked insecurity and a need for possession and certainty. Tony has plans, a trade, land for a home and a business from which to support a family.

It is hard to determine what Eilis’s feelings and long term plans are, perhaps it is the author’s intention to leave them open to interpretation. She has the drive and commitment to continue with her studies, but seems to lack the passion for any relationship either with Tony or Jim. It is actually quite disturbing that she would even entertain starting a friendship / relationship with another man knowing she was married to Tony. She appears to enjoy the work she does in Ireland as a book-keeper and there is the suggestion that she would like a similar job in America. It may even be easier to work in 1950’s America than it would be in Ireland, with the British convention of a woman’s place is in the home and only married men should go out to work.

How enduring Tony and Eilis’s relationship would be we are not told. Tony is obviously prepared for sacrifice and has great plans to provide for the future. This suggests stability and endurance if not an epic love affair. It is unusual to see a modern novel with such a passive and submissive female character, typical of fifties Britain and perhaps it is a reminder that we need to take control of our lives, lest we be carried away by any wind of change.