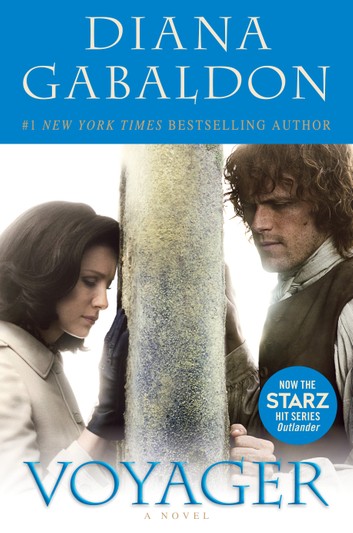 This book begins with Jamie and Culloden, he is not dead, but death surrounds him. The English have orders to shoot any survivors, but because Jamie saved the officer’s younger brother, he is bound by a debt of honour to spare him and quietly return him to Lallybrock.

Establishing Jamie is not dead is important to the story as it gives impetus to Claire’s decision to return to the 18th century. Again, only Claire’s voice is in the first person and all Rogers’s findings and his interactions with her are done in the third person. If she goes, she will be leaving Brianna alone and this idea of family parting and reconciliation is a significant theme in this book, compared to the second one.

When Claire returns nearly 20 years have passed and Jamie has undergone many changes of circumstances and how Claire comes to terms with these things that occupy most of the first part of the book. Jamie’s character has not changed and it is this sense of loyalty and duty that gives rise to the problems in the second half of the book.

Jamie needs money to settle a debt of honour and he means to use the Mackenzie treasure to pay for it. Due to an injury, he cannot swim to the island and young Ian swims the distance. When Ian is captured Claire and Jamie need to pursue the ship to rescue him. This takes them to the Caribbean, the slave trade and dark magic. It feels like an in-joke that the naturalist Claire meets on the island is Lawrence Stern (Lawrence Sterne wrote Tristram Shandy in 1759).

As previously stated, this novel is much more family orientated than the second novel, which felt more political and aloof. In another sense, it is darker, with the black magic on the Caribbean island, the pirate attack, and the typhoid plague. The ending brings all the characters together and has Claire and Jamie landing on the shores of America, ready to begin a new adventure in the New World. As always, this book is full of colourful supporting characters, great attention to detail and historical accuracy which make it a joy to read.